Well, anyway, we often times do not celebrate with the traditional birthday cake, since no one in our house is a huge fan of frosting. At least not the commercially-made stuff, for the most part. And of course, everyone knows that frosting can make or break a cake. So my not-so-little one chose a family favorite for his birthday: Charlie Brown Pie.
This concoction was a favorite of all the students at the elementary school which we both attended. It consisted of a graham cracker crust, chocolate pudding, followed by a layer of Cool Whip and then topped with chopped, salted, roasted peanuts; named for the Peanuts cartoon character whom we all loved and could identify with. I've seen similar recipes on the web, but this one doesn't have peanut butter in the graham cracker crust.
Charlie Brown Pie
2 packs of graham crackers (not 2 boxes, 2 of the packs that come in a box)
1/2 cup (1 stick) butter, melted
1/4 cup sugar
2, 4-oz. boxes instant chocolate pudding
16-oz tub of Cool Whip, whipped cream or other whipped topping
1/2 cup roasted, salted peanuts, chopped 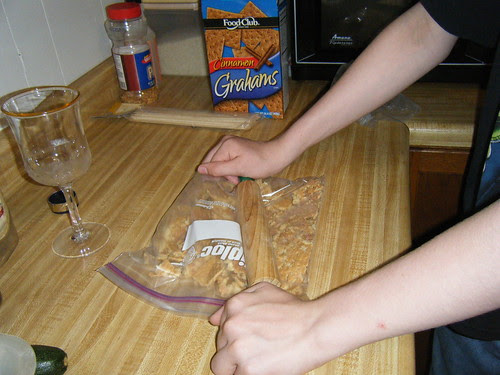 Put the graham crackers into a gallon-sized Ziplock bag and crush with a rolling pin.

Mix sugar into crumbs. Add butter and mix well, then press into the bottom of a 9x13 pan. 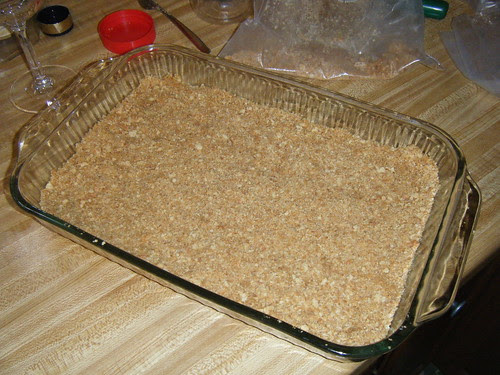 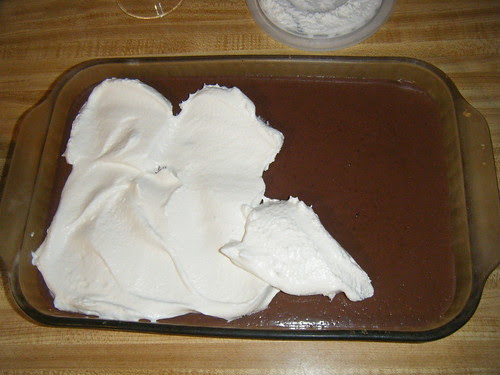 Prepare pudding as directed on package for pie filling (the directions will call for less milk than if you are preparing the mix for pudding alone); then pour over graham cracker crust. Refrigerate for at least one hour.
Top with whipped cream or whipped topping. 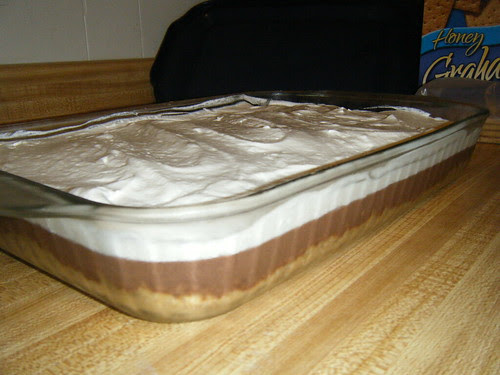 I do not put the chopped peanuts on top until we are ready to serve. This recipe is a great one to make ahead of time (like the day before) to share. If you refrigerate this overnight with the peanuts on top, they will get mushy - not good!

This recipe can easily be divided in half for a 9x9 square pan, if you are not serving a huge crowd - and it's great for summer, since your oven will only be on for a short while.

If you choose to add peanut butter to the crust, mix in about 1/2 cup or so, then refrigerate before adding the pudding - then you will not have to turn on the oven at all :)

Thanks for stopping by - please feel free to comment!